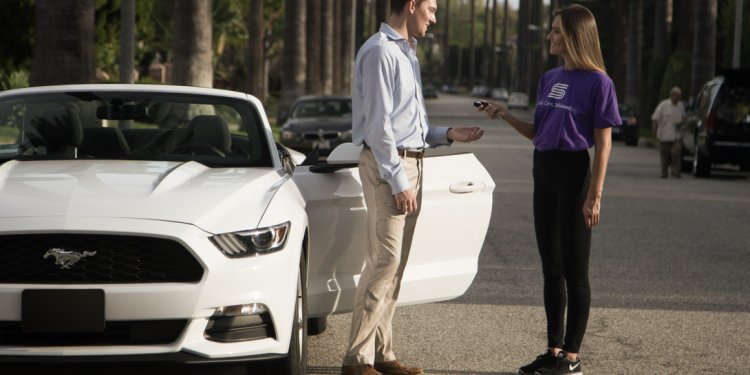 Just when you think it's safe to build a big rental car facility at the next-generation Tampa International Airport, changes in how folks choose to get around beg the question:

Are we planning for yesterday?

A new study out Thursday that tracks transportation choices by U.S. business travelers finds that travel by Uber, the ride-hailing startup, has surpassed rental cars. Uber accounted for 43 percent of ground transportation transactions, while rental cars had 40 percent. Led by Uber and Lyft, ride-hailing services surpassed rental cars for the first time in the fourth quarter of 2015 and have since widened their lead.

The trend was noted in a study of transactions by Certify, a large provider of travel- and expense-management software in North America.

"These ride-hailing services have perfected a model that allows employees to choose the kind of experience they want when traveling for business while also saving the company a great deal of money in the process, " Certify CEO Robert Neveu said.

That's not the only signal of change in how people want to get around.

The giant car rental company Hertz relocated to southwest Florida from New Jersey in 2013 with plans to expand in a lower-tax state. But Hertz is struggling with shifts in the glutted ground transportation industry, driven by Uber, Lyft and other new competitors. The company has issued recent earnings warnings and its stock, just under $30 a share in mid 2014, closed Thursday at just over $9 a share.

"We are disappointed that the pricing pressure experienced late in 2015 further intensified in the first quarter of 2016, " Hertz CEO John Tague said. Avis and other rental car companies face similar challenges.

"It really comes down to convenience, " Certify's Neveu said. "The ability to hail and pay efficiently — that convenience factor is huge, and we're seeing it change the habits and behaviors of our users."

Even automakers are paying attention to the rise of ride-hailing. In January, General Motors invested $500 million in Lyft.

Why? "We think our business and personal mobility will change more in the next five years than the last 50, " GM president Dan Ammann said.

Beginning this month, Zipcar will launch its membership-based car-sharing service in downtown Tampa. It's another sign that residential activity is gaining speed and people are looking for transportation options other than owning and parking vehicles in the city center.

Zipcar lets users rent a car by the hour or the day, usually online or through an app.

According to the Tampa Downtown Partnership, "downtown residents, workers and visitors will have the freedom of driving where they want to go without the headaches and expense of car ownership."

The partnership is helping underwrite some of Zipcar's costs and assisting with securing Zipcar staging locations. They will include the Barrymore Hotel, University of Tampa, SkyHouse in the Channel District and the Tampa Convention Center. Zipcar happens to be a unit of Avis.

A free on-demand shuttle service using electric vehicles will also become available to help Zipcar users and others get to and from their downtown Tampa destinations.

Is this the beginning of the end for the rental car industry? Hardly. Tampa Bay ranks in the top 10 areas for car rentals, and Tampa International Airport serves as a major tourism gateway for visitors heading to the Gulf Coast beaches.

In a statement, Tampa International Airport said the new consolidated rental car center "addresses the immediate need to decongest the roadways" around the Main Terminal.

"Like any industry, " said TIA, "we know there are going to be shifts and changes over time. Our new rental car center was designed for the future and is being built to accommodate the evolution of the rental car market — a la Zipcar or whatever future technologies may be just around corner."

Still, as Uber's rocketing market share and GM's executive suggest, rapid change is afoot. It gives additional pause to pursuing longer-term plans based on old school notions of how people plan to get from Point A to Point B in the coming years.