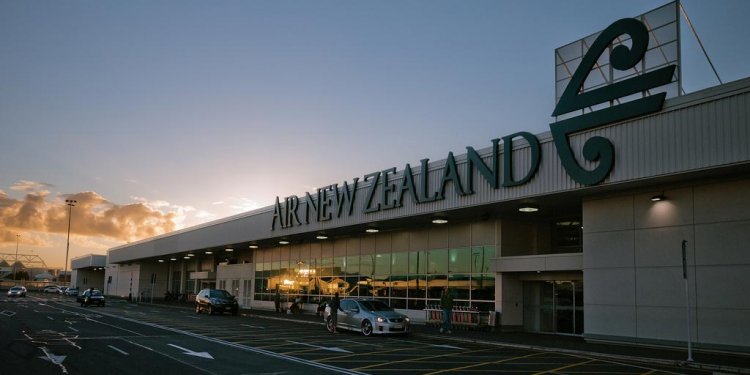 Why do we call Auckland the 'City of Sails'? Because it has more boats per capita than anywhere else in the world! It also has a lot of coastline to sail those boats from, as it sits on an isthmus between two harbours: the Manukau and the Waitemata. It is the largest Polynesian city in the world, with representatives from many of the Pacific Islands making up the population and adding to our maritime vibe.

It could just as easily be called the city of volcanoes, there's around 48 of them in the greater Auckland area. Its Maori name is Tamaki Makaurau, which means 'Tamaki desired by many lovers'. And no wonder! Who wouldn't desire a city with two harbours, stunning volcanic mountains, and a cosmopolitan population? There's something for everyone in Auckland: nature, arts, culture, shopping and sports.

Approximately one in four New Zealanders live in Auckland, it has a population of more than 1.4 million people. Just this year it rated as number 3 in a list of most liveable cities in the world.

For a city of just over a million people, Auckland does have issues with traffic. You can easily move around the city suburbs using the motorway system, but try to avoid peak times. If you are ready to hit the road, all you need is your cheap car rental and our trusty travel guide to help you see the best of what Auckland has to offer.

This island is the jewel in the crown of Auckland's Hauraki Gulf. It has recently been voted the Number 5 Global Destination to visit in 2016 by Lonely Planet, and the Number 4 best island in the world by Conde Nast Traveler. What makes it so special? It has gorgeous beaches, secret bays, internationally acclaimed wines, vineyard dining with views to die for, a lively arts scene...do you need any more convincing? It is accessible by a scenic ferry ride of just 35 minutes from downtown Auckland. Leave the rental car for a day, there is secure and affordable parking in the Auckland council car park at Downtown, and go.

Discover life under the sea at Kelly Tarltons. Every generation will love this visit as you embark on a journey into the depths of the ocean. You can also experience Antarctica with the replica Scott Base which is very popular with visitors to the aquarium. Be sure to check their website to check feeding times for the penguins and stingrays.

Thirty minutes south of central Auckland, based at the Kingseat Hospital (a former psychiatric hospital) is now the #No.1 haunted theme park in the Southern Hemisphere. With five haunting attractions to choose from such as…the Haunted House, Freaky Forest, Disturbia, Corn Evil and Claustrophobia; you won't be disappointed, but in fact- terrified!

New Zealand's largest amusement park has fun for everyone. With so many different rides and attractions to choose from, ranging from mild to extreme thrills, no one will be left out and you'll definitely get your value for money as you have entire day to do whatever you want as many times as possible. Just aim to visit outside of the local school holidays to cut down those waiting times in line.

Whether you're an adrenaline junkie or the easy going type, the Harbour Bridge offers two unique attractions fit for you. Jumping from 40 metres off the bridge, and over the Waitemata Harbour with your ankles being strapped to a bungee chord made up of hundreds of thousands of rubber bands, or climbing the famous landmark to venture on an hour and a half sightseeing tour is a New Zealand MUST DO!

Auckland might be known as 'The City of Sails', but not everyone has access to a yacht! What you can do is spend a day on the water with Red Boats. They can fit you into one of their public fishing trips, or take you on a cruise under the Harbour Bridge and through the upper harbour to the historic Riverhead Tavern. If you have a group of your own, talk to them about a charter! Call them on 0800redboats or (09) 834 7337.