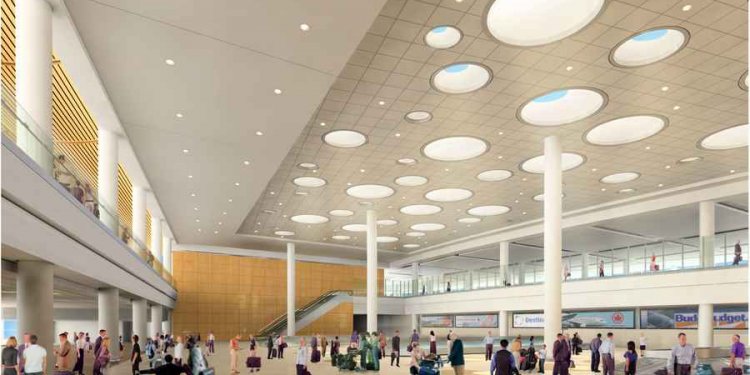 Built between 1961 and 1964, the Winnipeg James Armstrong Richardson International Airport is more popular as one of the best samples of mid-century modern architecture in Canada. Initially element of a national community of advanced, art-filled environment terminals built between 1958 and 1964, Winnipeg continues to be the only significant terminal that has not been either renovated beyond recognition or demolished. Its future but is within jeopardy. Its owner, Transport Canada, is building an innovative new atmosphere terminal that's scheduled to open up during 2009. At the same time, no solid programs for the reuse associated with old terminal came forward, rumours circulate about feasible demolition threats, so that as the building does not have any heritage designation defense against any amount of federal government.

The Winnipeg International Airport ended up being built within a nation-wide program (including Edmonton, Toronto and Gander) showing Canadians and also the world—through the creation of striking architecture—that Canada was a forward-thinking, cosmopolitan nation. Empowered because of the 1951 Massey Commission’s call for a recognizable expression of “true Canadianism, ” each terminal ended up being resolutely modern in design, integrated the newest in Canadian furniture, and evoked the inner of an art form gallery by displaying the biggest general public art tasks ever before understood in Canada. Of specific significance in Winnipeg are two huge murals commissioned for the terminal: Eli Bornstein’s “Structuralist Relief in Fifteen Parts”; and John Graham’s “Northern Lights.” The result is a strong public room which symbolized the nationwide aspirations in order to make airports into social organizations.

Many memorable an element of the airport is the traveler concourse, a rectangular pavilion with a clear-span steel construction, glazed regarding eastern and west edges, with solid wall space regarding the north and south stops. Between 1986 and 1994, a renovation and expansion associated with building was done, but the approach was really sensitive to the first design and didn't impair the smoothness for the building.

In recent years, the aims of Canadian airport management have moved out of the “cultural organization” model, to significantly more pragmatic imperatives like income generation and effectiveness. Changes in air transportation business in addition to greater traveler and cargo amounts have more undermined the sensed utility associated with Winnipeg terminal. Currently, the Winnipeg Airport Authority—which manages the property—claims the building is in poor shape as a result of many years of restricted capital financial investment by Transport Canada.